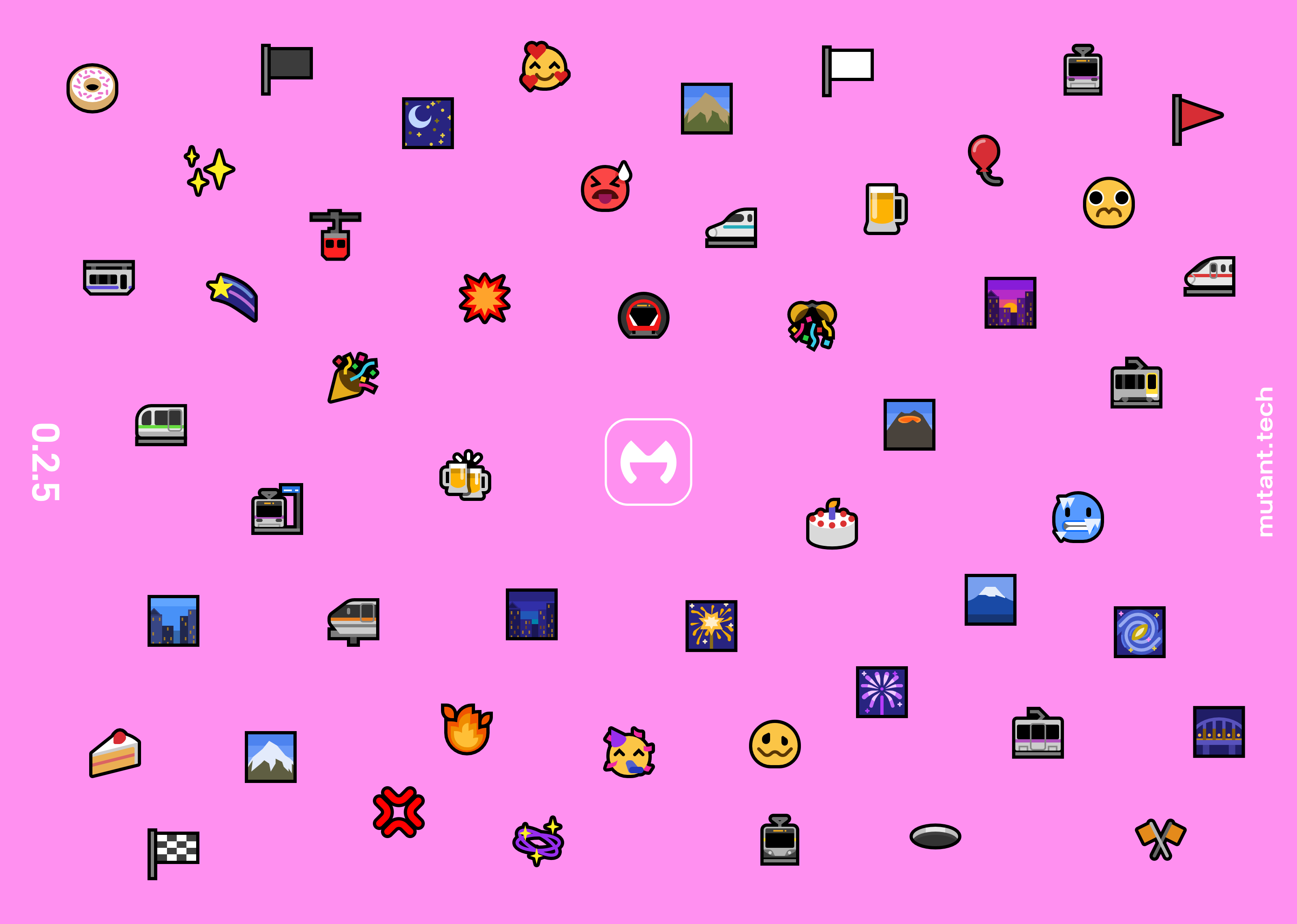 In honour of this, Mutant Standard 0.2.5 is a party-focused update. It also brings even more quality improvements.

Most of Unicode’s train emoji are in this release, as well as various emoji relating to travel and places.

All of the smilies that were added in Unicode 11 (this year’s Unicode emoji release) have been added.

Various emoji have been reorganised to make them more predictable and make more sense. Certain emoji designs (mostly food emoji) have been improved.

Sometimes in releases there were little hitches in the production process that resulted in a few SVG emoji being larger than they should have been (ie 32x33px instead of 32x32px). Orxporter has now been updated with a size checking feature, so emoji with the wrong size can’t make it to the release stage anymore.

metro has been renamed to metro_sign (to make room for the metro train emoji in this release, which is called metro.)

Certain animals made in past releases have been given codepoints to correspond to the fact that Unicode 11.0 coincidentally added them too.

You can see all the change details on Mutant Standard 0.2.5’s Trello Board.

Because I intentionally delayed the release of this so it’s out on Mutant Standard’s birthday, work is already underway for 0.2.6, as well as 0.3.0 (which is in a long development cycle).