Here are the sketches behind the emoji in 0.2.3 and some of my commentary on how they went for this version.

I think from now on, I will be batching the sketch posts to every few versions. It just works out easier for me to do it this way.

Remember, the dates on each sketch is simply the start date, not the end date; I can be picking at an emoji sketch for months before I actually release that particular emoji. 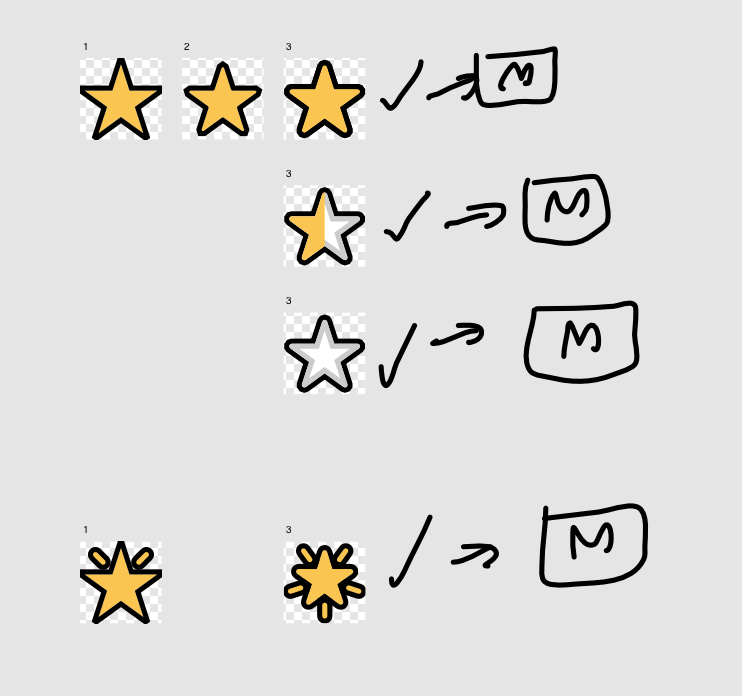 Yep, this one has been sitting around for a while. (Like quite a few others in this version, which you will see as you scroll down)

I wasn’t that happy with the way they felt even when I decided on going forward with them, but couldn’t think of a way to improve them at the time so I decided they were okay enough to be a part of the set until I figured something out.

(I now actually have some ideas looking back at them – a lack of depth. I’ll probably give them some sort of shine like I do for hearts in the future.) 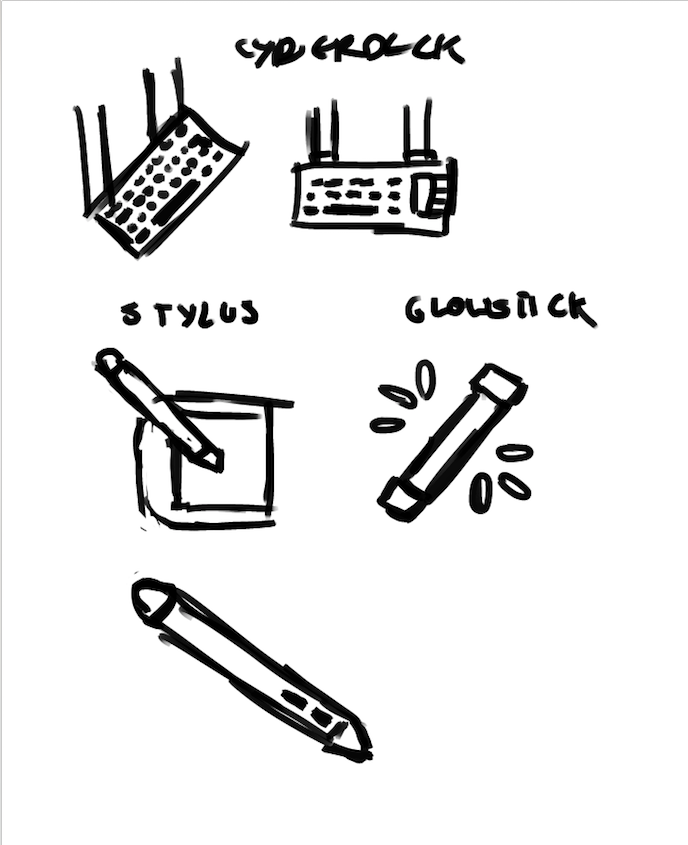 An assortment of sketches done in Clip Studio Paint. The glowstick and stylus emoji would become a part of this release.

An unintentionally disjointed sketch. The water drop was already made of a previous release, and at the same time I made that emoji,  I was trialling different sweat drops emoji (the bottom row). I gave up after many attempts, and then I tried many more during 0.2.3’s sketching period and came up with one I was happy with.

Getting the right angles on each drop and making them feel right in terms of angle and size (and then also readability at low rez) was really tough. 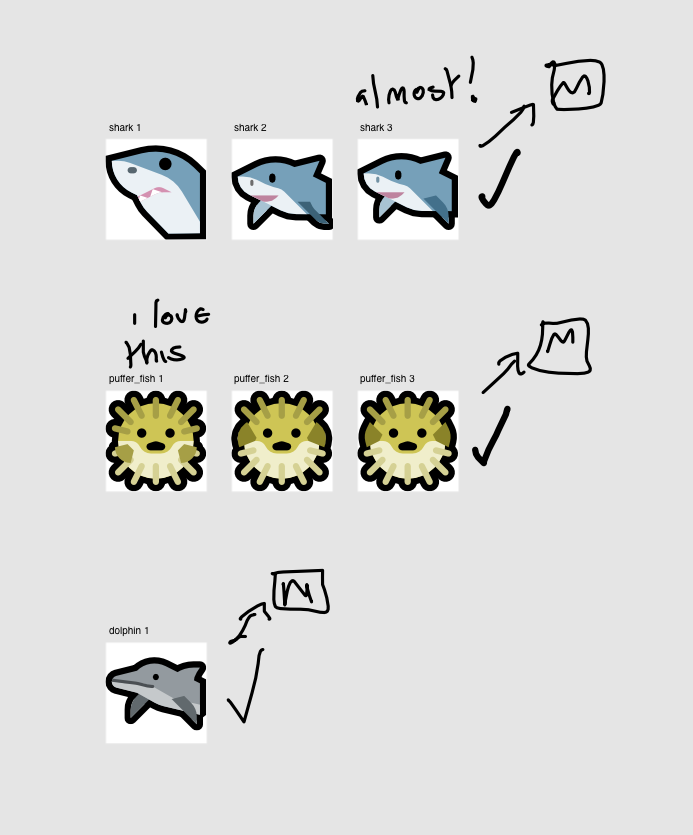 I was really happy with the end result of all of these emoji. There’s a lot of depth and also a particular sort of cuteness and liveliness to them.

When I posted the first shark sketch on Mastodon, someone suggested a version of it with a thinking hand underneath as a joke, and I like the idea so much that it’s now waiting for release in Mutant Standard S2. 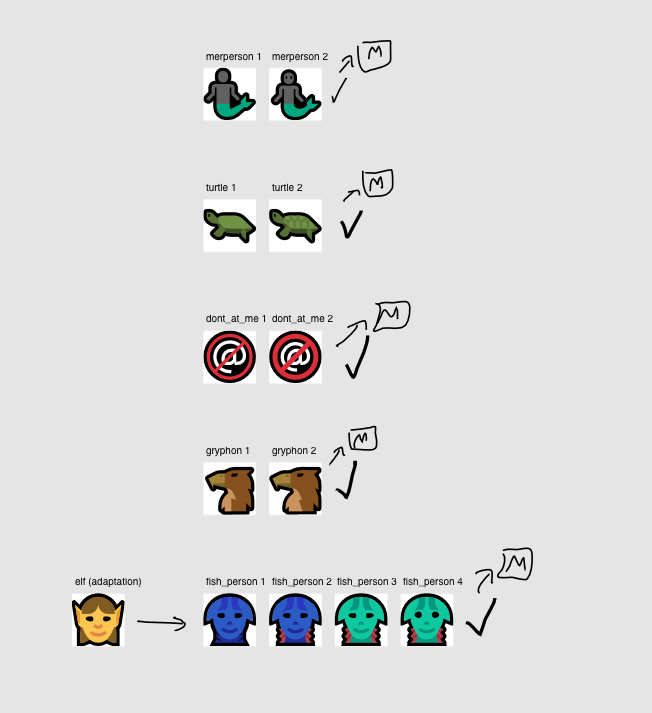 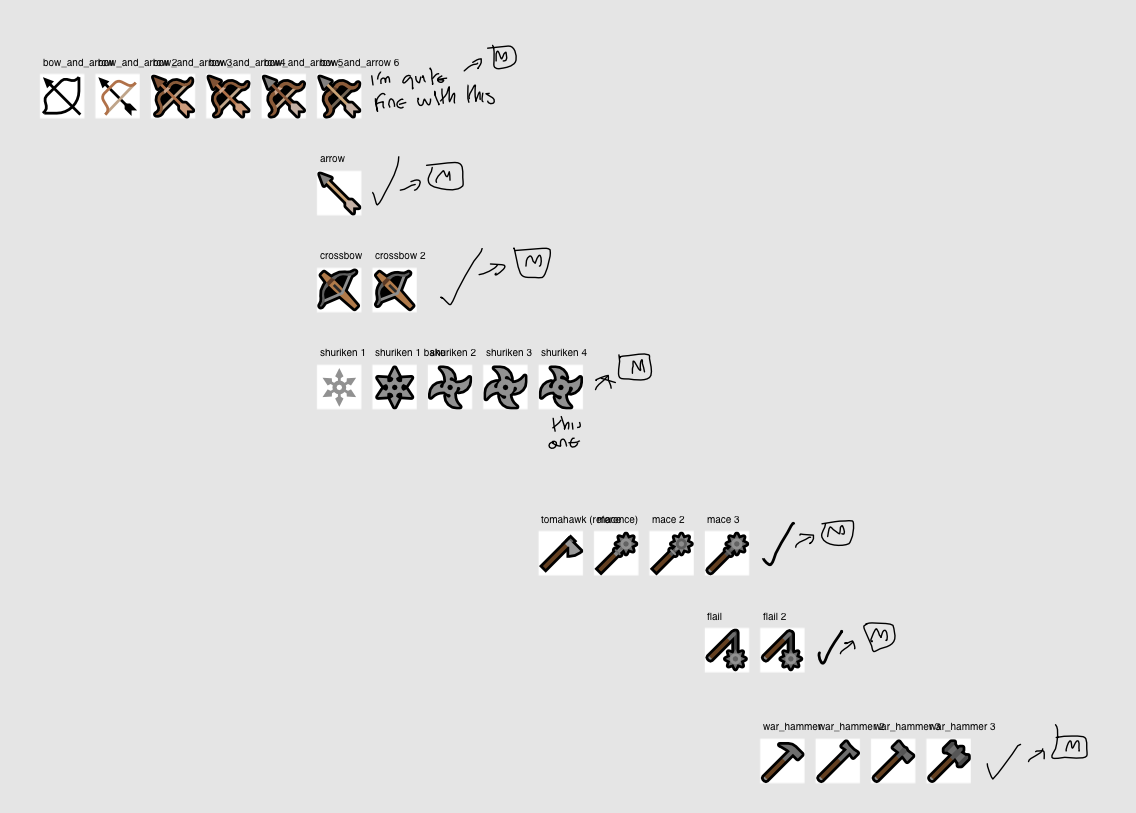 This came along pretty quickly.

I tried my best to make sure the shuriken emoji didn’t look like the Star of David or a propeller of some kind at small sizes.

I originally wanted to make the war hammer emoji look more historic, but I had to make it look fantastical so it wouldn’t get confused with a regular hammer.