Hey! After some research, I managed to (semi) successfully manually compile a Mutant Standard emoji font. This is really exciting!

This was a small test to test my (still incomplete) research though – it only contains two emoji. Like how orxporter recolours and exports thousands of emoji, we need software that can process and put thousands of emoji into a font.

kiilas and I have been talking, and we’re going to work to make fonts in the release after the one I’m working on now.

So with that in mind, I thought I would give a general outline of what we plan to accomplish in the next few months!

A lot of these new updates are heavily related to our emoji production technology, and the new tech will be released to coincide with each new release, so I will list alongside each of these Mutant Standard release in this timeline. 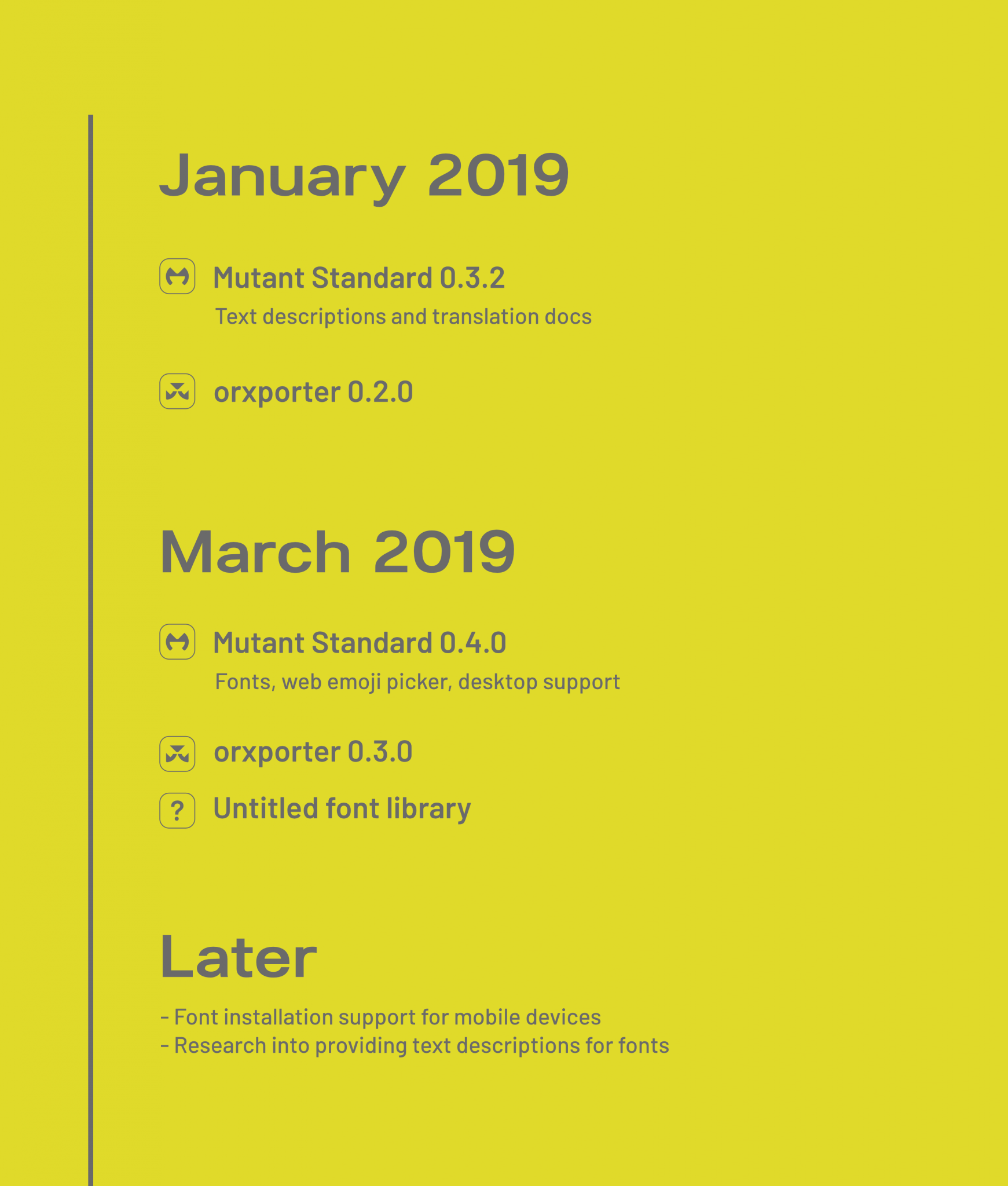 This will probably be a smaller release as I’m doing lots of important font research and experiments right now that’s instrumental for what kiilas does with creating an emoji font encoder.

So after Mutant Standard 0.3.2 is where the preparation and development will take place to create fully-functioning Mutant Standard fonts, alongside the planned for release in March.

Keep in mind that this will be a start, because getting fonts made in the first place and getting the website ready will be a lot. There’s still more that needs to be done with fonts after this point.

Instead of incorporating font encoding functionality directly within orxporter, we’re going to make that as a separate library that orxporter will use. This way, people can benefit from this font encoding software without being forced to use orxporter.

We plan for this to support SVGinOT, sbix and CBDT/CBLC formats. We probably won’t provide support for COLR/CPAL, because it will probably be very difficult to compile that kind of data from SVG and it has limited OS support.

We wouldn’t have made it this far without the support of awesome people on Patreon. The more donations this project gets, the more time we can spend on this project and the more we can do! And thanks to everyone who has been supporting this project besides!