I often hear a particular undercurrent of attitudes or beliefs when I hear various discussions about Unicode codepoints and Unicode emoji symbols, and to me, as an illustrator and a designer (ie. a visual communicator), and someone who is trying to navigate their place in the world of languages, I find that these attitudes usually come from a place of privilege, and/or a lack of knowledge about how graphic communication actually works.

I think the notion that Unicode Emoji is something that can be permanent, stable and reliable, doesn’t make sense and isn’t realistic. And even if you could make it that way, that’s not a situation anyone should actually want.

Let’s work with the assumption that there should be a high degree of consistency among vendors and everyone should always follow what Unicode says.

If you’re used to seeing a real pistol in emoji sets, the American vendors’ change to squirt guns as of early 2018 might seem like an affront to consistency and the standard. But if you actually read the standard, you’ll realise this is merely just a change in what you’re used to.

The Unicode Standard only describes this emoji (codepoint U+1F52B) as ‘Pistol’. They never said what kind of pistol it should be. Even prior to this, certain vendors decided to use a 50’s sci-fi pistol-style ray gun instead of a ‘pistol’-pistol. The ones that were real guns before this change were all revolvers, but Unicode never specified a revolver.

And there’s a good reason for that (whether or not Unicode intended that, I don’t know) – the idea of what these things are changes over time, over different cultures. 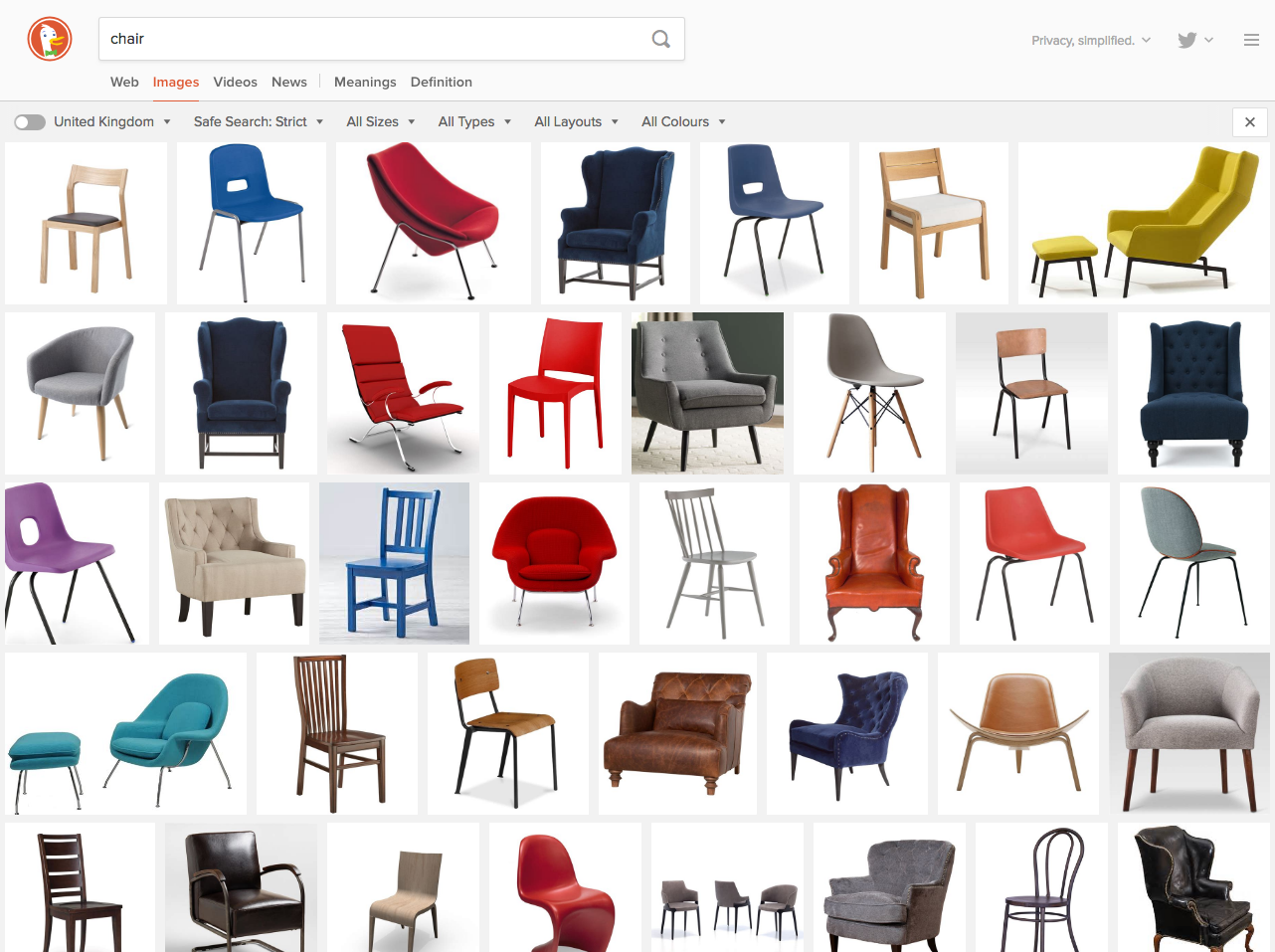 (And I mean, in some parts of the world and some cultures, the chair isn’t even the traditional/default method of sitting down, so is asking everyone to do a chair and not enabling them to express the way they sit really fair or equal???)

Changing the gun into a squirt gun was a way of creating an object that is still technically a pistol, but changing it to this particular kind of pistol removes the implications of real-life violence. Technically, a water pistol is a pistol, but (if you’re seeing it from the right vendor) now you can’t write particularly convincing death threats with it anymore.

Changing the peach to a pointed peach makes an image that is still evocative of a peach despite it’s obvious inaccuracies, but you can’t make as convincing lewd jokes or messages with them anymore because it is no longer that resemblant of a butt.

Whatever you think about the underlying reasons for those changes, to say those changes are illegitimate because they don’t follow the standard is normally pretty incorrect – the Unicode Standard’s wording often allows for a broad range of interpretations.

And these just scratch the surface of how variability in illustrations or icons can work.

Illustrations and icons have a variety of meanings to them, even when depicting the same thing. This can be because of a variety of different reasons, including:

In short, because we’re all individual human beings, you can put a bunch of designers in different rooms isolated from each other, give them the same description of a thing to make an emoji out of, and they’d all come up with different – yet all accurate depictions of the same thing.

Even in my own sketches for Mutant Standard, this is something I think about all the time when designing many emoji. This is something I iterate over, and create many different variants of something, each with it’s own nuanced meaning. There is a both deliberate, but also an inevitable divergence from the written concept. This is because a pure written concept itself does not actually exist – it’s an abstract idea that’s only fit for thought experiments. The moment of divergence is as soon as the moment you start to visualise something.

Even if everyone was expected to follow a more descriptive standard, things would still be different. The only real way to assure absolute consistency would be to just have one person making the pictures.

Taking in the assumption that every emoji vendor should have emoji that look roughly the same, and that people shouldn’t drastically change images, what are the things that can be done to solve it?

So in a way, an appeal to authority and a sort of social conservatism.

And in some ways, this is happening – vendors (especially American ones) are beginning to treat Apple as the de facto emoji designer because they were the ones to put emoji out there the most in the western consciousness and therefore have the biggest cultural pressure, and other American emoji vendors have slowly made their designs to be more and more like theirs over the years. What was originally quite a diverse range of interpretations of meanings and expressions (because Unicode actually demanded much less consistency than other people did) have become pretty uniform.

I would argue that this is a pretty bleak picture, but also inevitable because the way that Unicode emoji has been presented to us.

Unicode Standard emoji has been presented as a technocratic ‘standard’ for visual language, and it provides these kinds of inherent expectations despite the fact that’s not how graphic communication or how languages actually work. A language is not (unlike how Unicode seems to present them) a declarative list of pure, unadulterated, unchangeable, ‘pure’ objects – it is full of cultural baggage, histories of past meanings, connotations, dialects, inventions, culture and politics (yes, politics!). Pure objects and representations do not exist.

The fantasy of the universal language

In non-English speaking countries, there’s often a stereotype of the crappy American or British tourist, the one that doesn’t have any understanding of the local language, expects a lot of things to be like they are back home, and expects everyone to speak their same language. As someone who was born and has grown up in the UK, there is so much truth to that stereotype it hurts.

In my experience, both of myself and other native (especially white) Anglophones, there’s an immense naivety about the political power of language. When you grow up with one of the most dominant languages in the world, in a purely Anglophone upbringing, learning other languages is something you’re probably not conditioned to care about, whereas if you grow up somewhere with a minority language, you are acutely aware of other languages and the need to understand them, whether it be cultural pressure or economic reasons.

If you grow up in an anglophone area, learning another language seems like a luxury that nerds do and to everyone else an inconvenience. Why can’t everyone just speak one language? Wouldn’t it just be easier for everyone??

If you grow up in a majority language, especially one with such a high amount of cultural pressure as English, you will tend to see your experiences as some kind of default instead of an entire culture unto itself. Your linguistic culture is ‘normal’, everyone else are weirdos with grammatical constructions or cultural aspects that don’t make sense or seem like a waste of time. I would argue that the idea of a universal language is an extension of this naivety and ignorance.

I also think in Unicode Emoji, we can clearly see the fantasy of the universal language writ large, and the complaints of inconsistencies between emoji sets going back to this fantasy – “Why can’t people speak the same language?”, “Why can’t that smiley be the same smiley everywhere?”, “Why can’t everyone’s communication fit my expectations?”

To suggest that all that matters is what Unicode says (which as I’ve already demonstrated, really isn’t much at all) and how similar emoji pictures are from vendor to vendor is expecting easy technocratic solutions to something that is completely outside the scope of that sort of thinking. It’s just not how humans perceive the world or express it.