Okay, here’s the next round of sketches!!!! 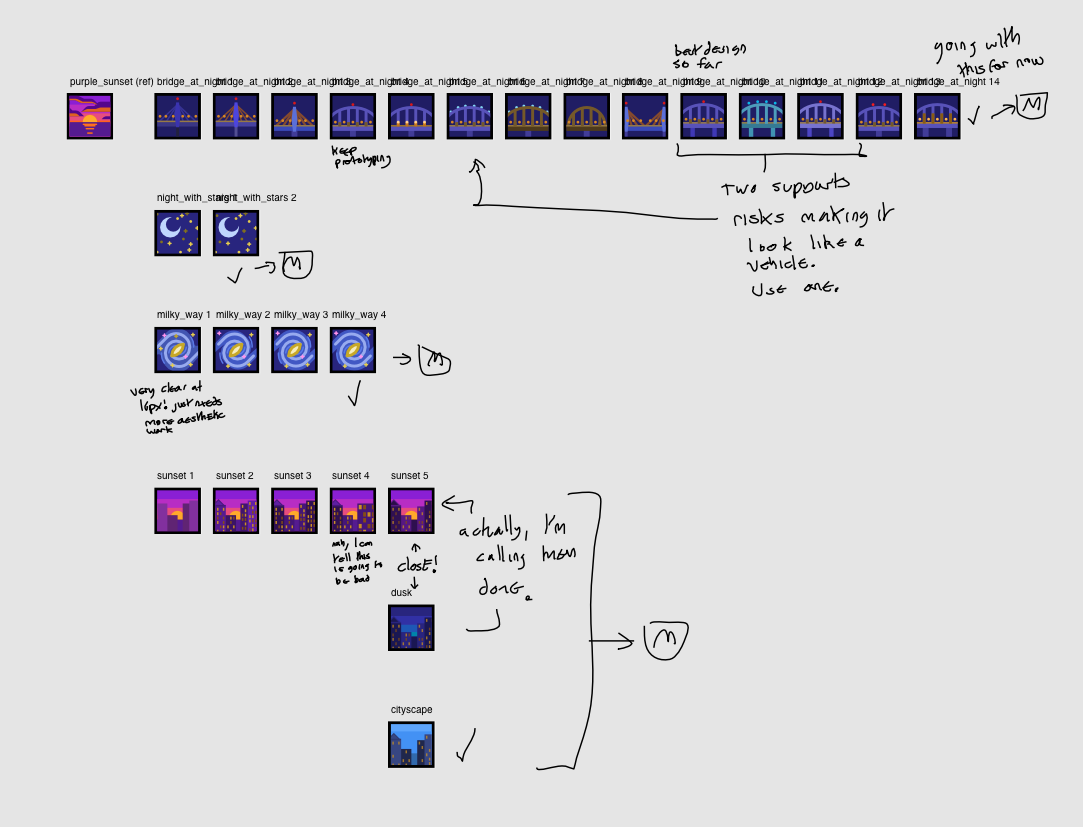 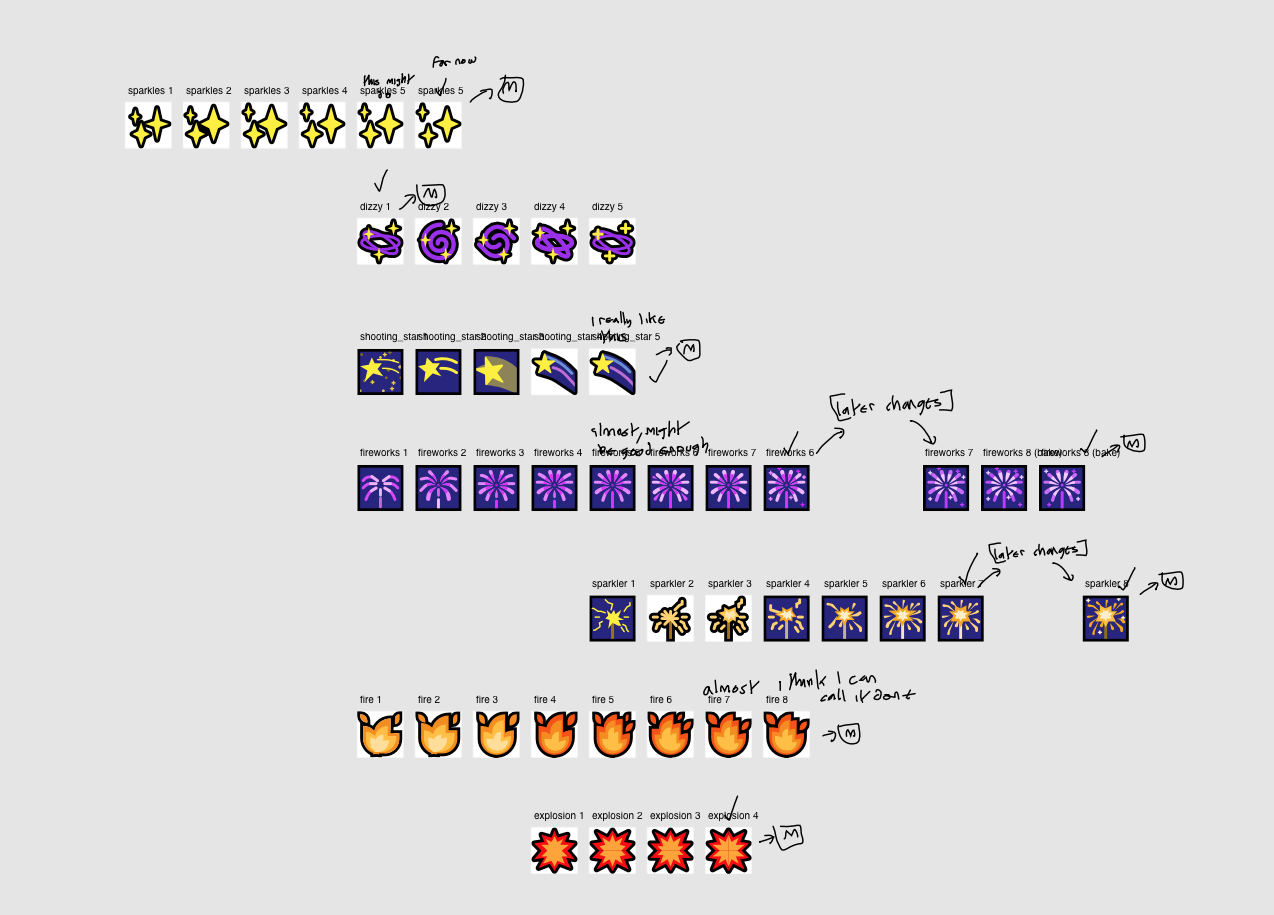 I felt I was done after many attempts for the firework and sparkler emoji but during my final emoji check before exporting everything, I realised that the colours felt off and they could still do with more work.

The confetti emoji (tada, confetti_ball) were really really hard. I kept trying and putting them down multiple times over the course of 0.2.5’s production (normally I would have left it until a later version’s production to attempt again, but this is the birthday release so I had to do it) 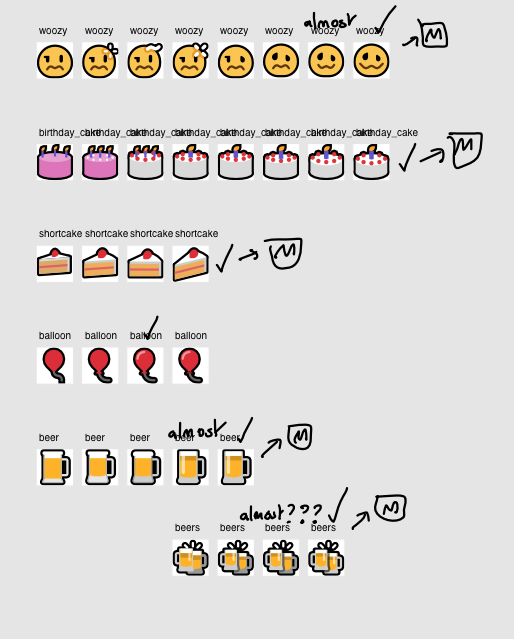 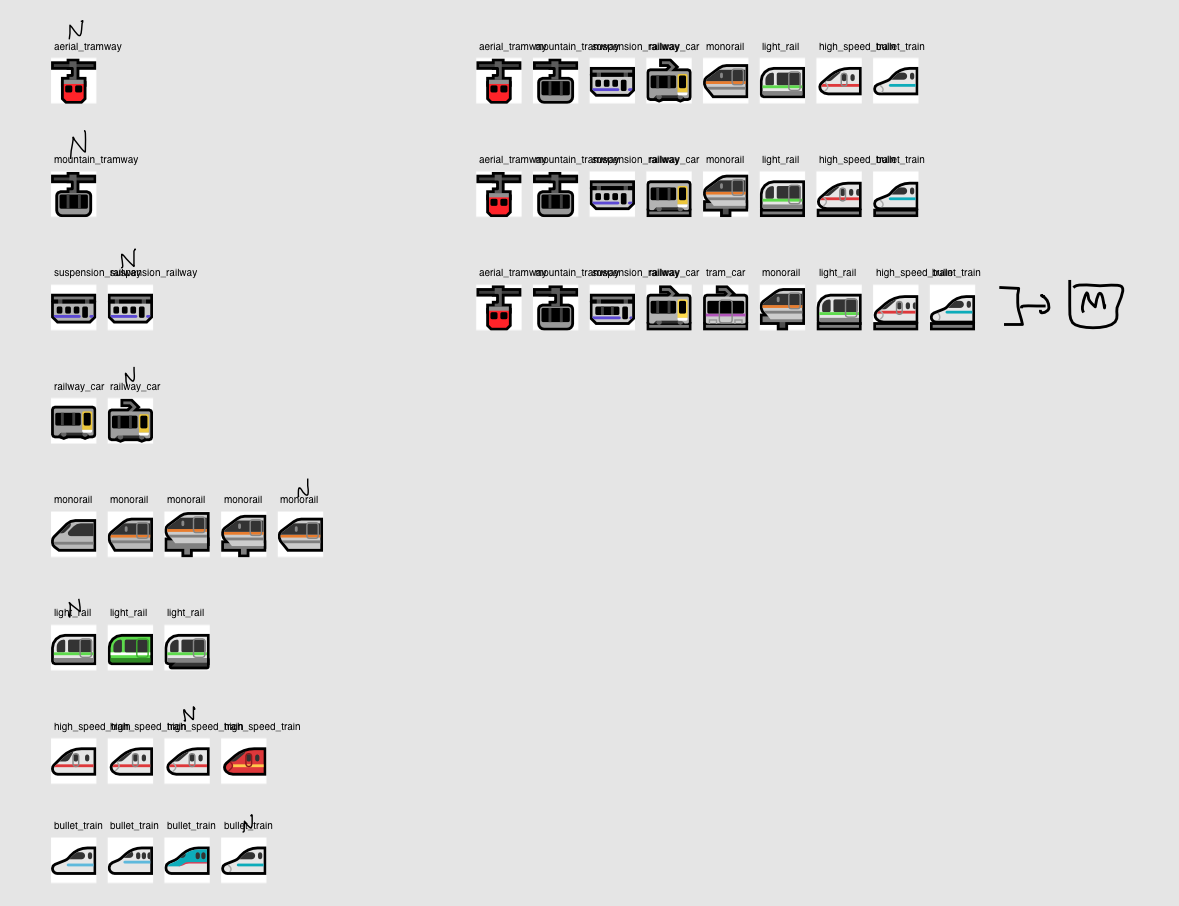 I love giving unique colours/colour accents in different emoji that are related to each other (like the dice), so I continued this here, being inspired by certain transit lines across the world as to which vehicle got what colour. 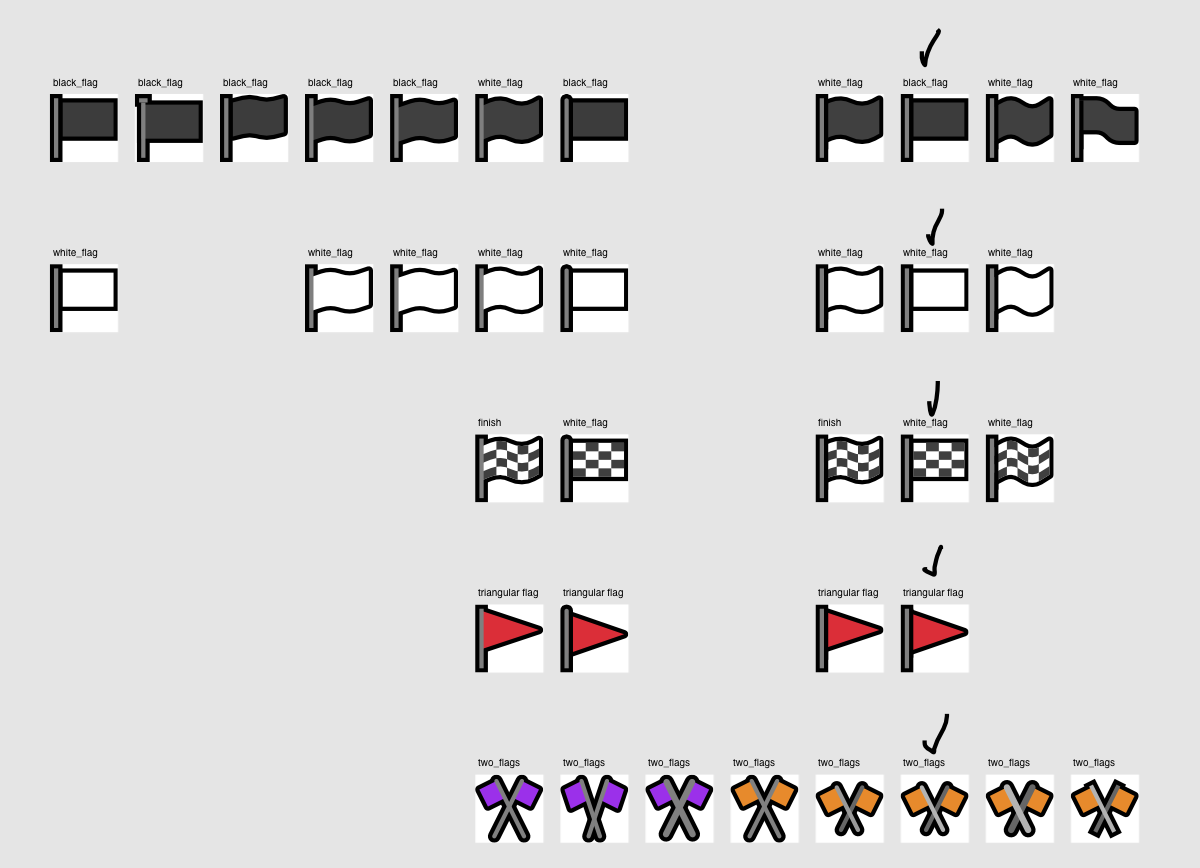 Based on an ongoing preference to remove nation markers where I can,two_flags doesn’t have any national flag (they usually have the Japanese flag on them in other emoji sets).

I’m not that keen on how these turned out, but there’s always another time to improve things E:. 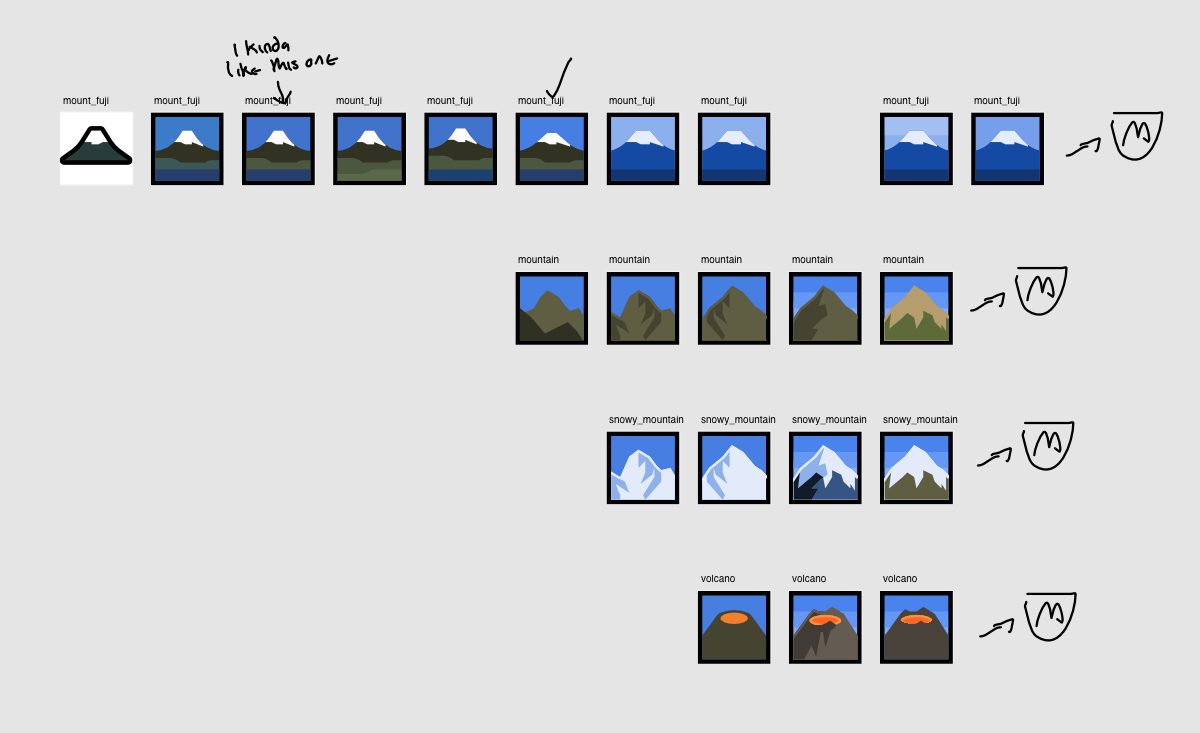 I would like to thank @snacktribe@kawen.space for giving me feedback on symbolising Mount Fuji from a Japanese perspective (and amphetamine for asking and translating!).

The reason I chose not to make the volcano erupting, unlike every other emoji sets, was a particular stylistic decision. Throughout the entire set, I like to clearly distinguish between static objects/descriptions of people and things, and events that happen/actions that can be taken. I also want to try to de-stigmatise various aspects of nature (which will continue with a planned future redesign of spider). Unicode never specified it had to erupt, so it’s not erupting.

I also added headlights to the tram because I realised ‘oh shit, there aren’t any’. 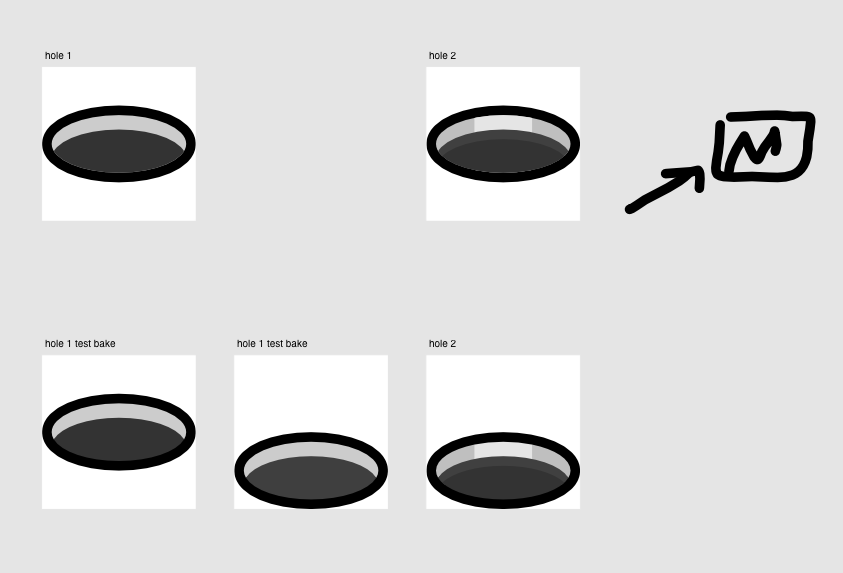