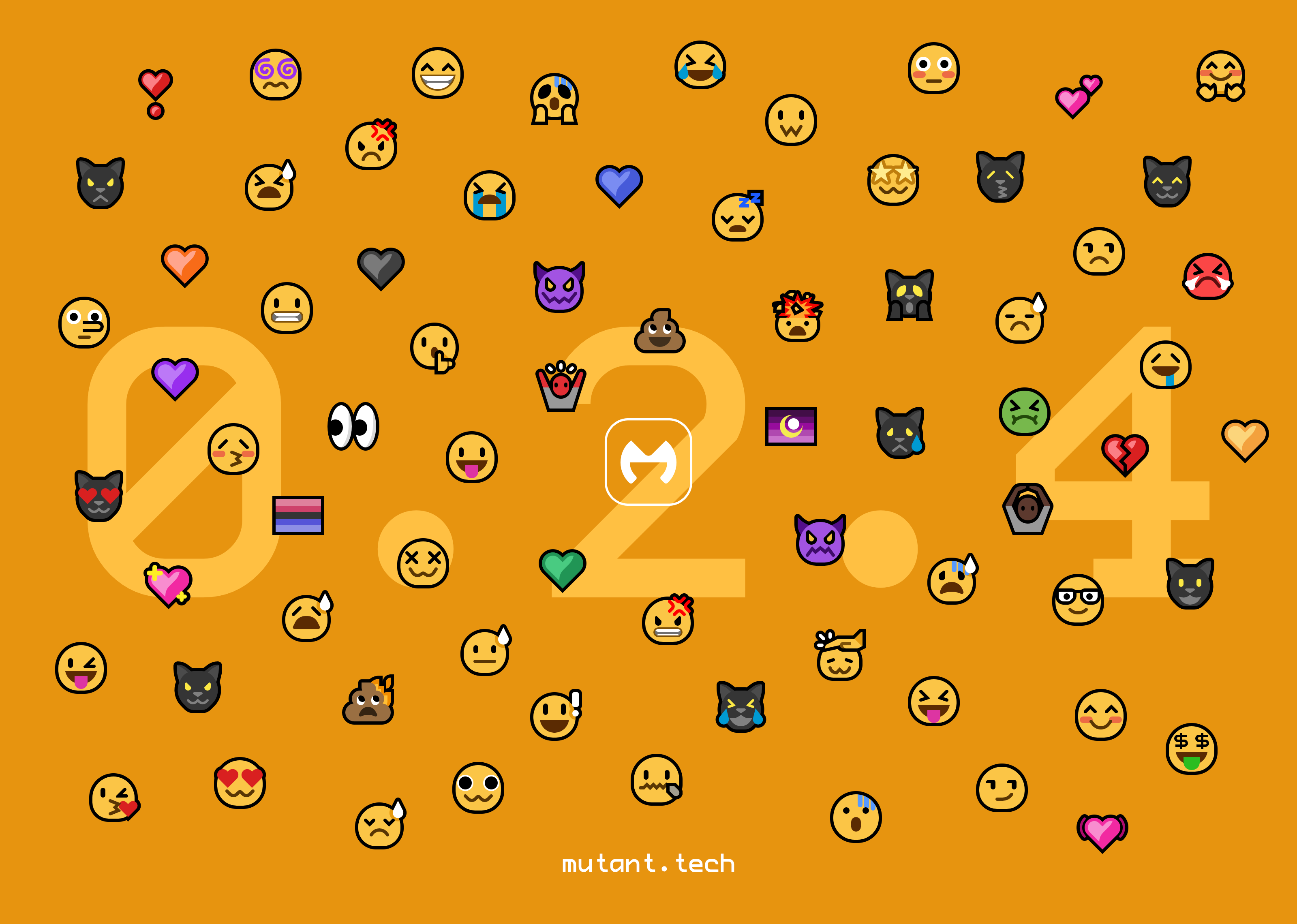 This is a huuuge maintenance and improvement update. I’m really proud of it and I’m so happy to share it with you all! ^w^

Many of the emoji have been altered or redesigned based around what I felt have been the strongest designs over the last 11 months, and also inspired by my recent foray into commission work.

So many emoji designs have been improved, by clearing rendering glitches or making sure there’s better stylistic consistency. Many emoji have been changed to feature fewer dark outlines and more subtle lighting effects, so your emoji will look cleaner and brighter.

All of the smilies have been redesigned to look softer, cuter and more expressive than ever. They now take up the entire canvas area and are much more readable at smaller resolutions.

There are new cat smilies! Unlike the cat smilies in other other emoji sets, Mutant Standard’s are modelled after black cats. They seemed really fitting for the set as they have long been a powerful symbol in western countries representing outcasts, superstition and rebellion from the margins. (They’re also less likely to be adopted from animal shelters than other kinds of cats :C)

Shortcodes have been made to be more consistent within the set and more familiar if you’ve been used to using other sets.

There are also a few new emoji and pride flags!

If you want to get a more in-depth sense of what happened, you can check the change notes in the releases, or if you want even more detail, you can look at the trello card for it.