Weird order, I know! I felt like doing this one first before 0.2.1.

There were some specific choices of bird design here. Some were for aesthetic reasons, one was for both political and aesthetic reasons, and some were just what people (ie. “””westerners”””/anglophones/vaguely British people since that’s my point of reference) are used to.

The eagle was intentionally diverted from the Bald eagle. I think America’s use of the Bald eagle is dull and trite and as previously expressed in other aspects of this emoji set, I don’t want to consciously perpetuate the US’ cultural dominance. So I replaced it with another eagle because I liked the look of it and it wasn’t native to North America – the Steppe eagle, which is native to Middle East, Africa and Asia. 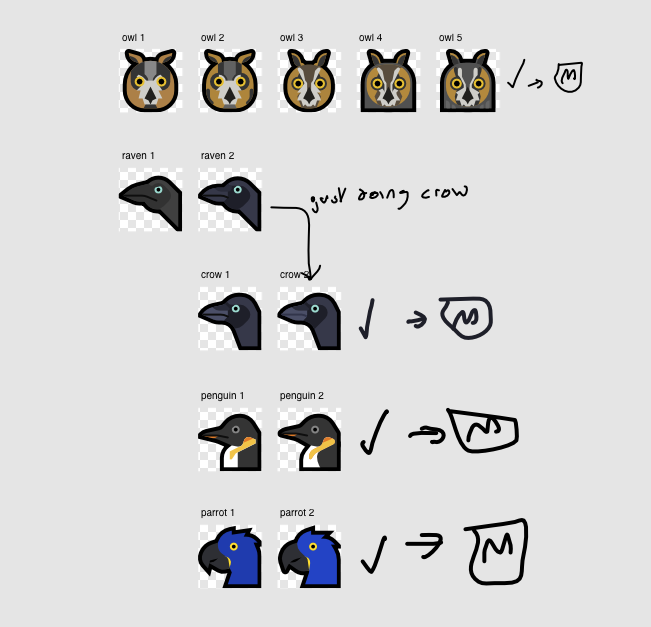 I love the job I did of the Owl. I think I really captured the cuteness of the long-eared owl.

Both crow and raven were suggest to me, but they’re both corvids that look very similar, so I decided on just publishing the crow. 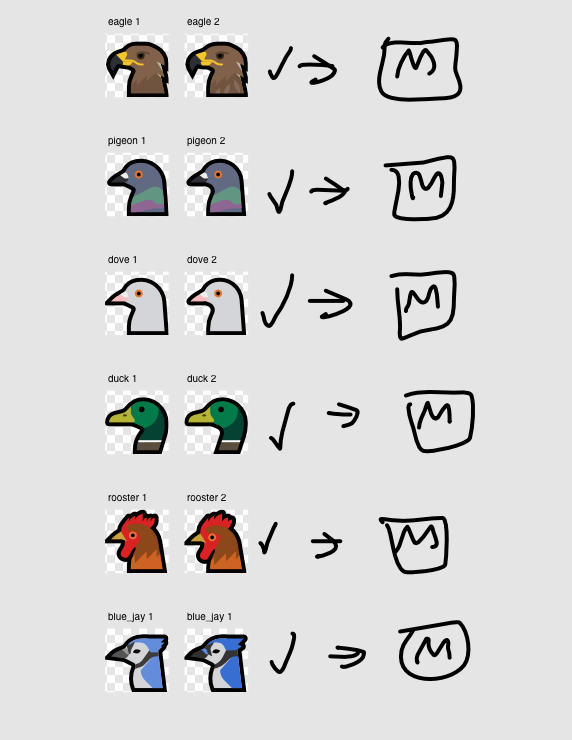 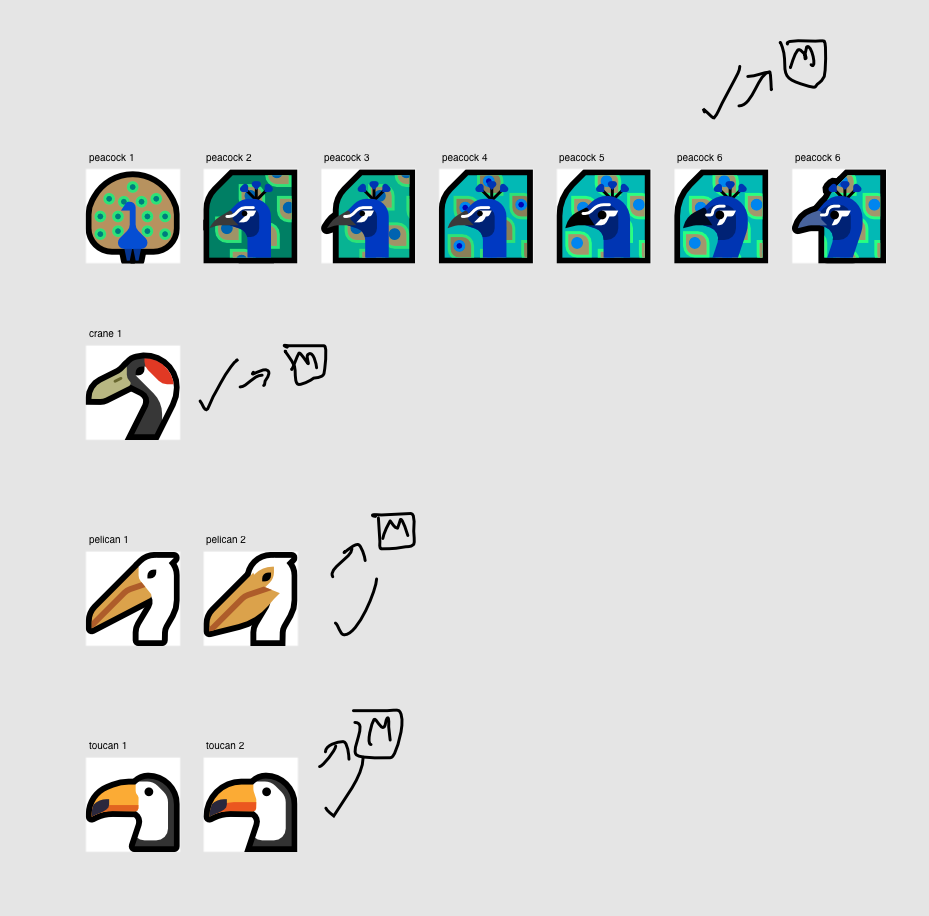 The peacock was challenging because I wanted to make sure the spectacular features were included, but I had to colour them and the head in a way that made the head’s silhouette roughly visible. There’s room for improvement but I did the best job I could think of at the time. 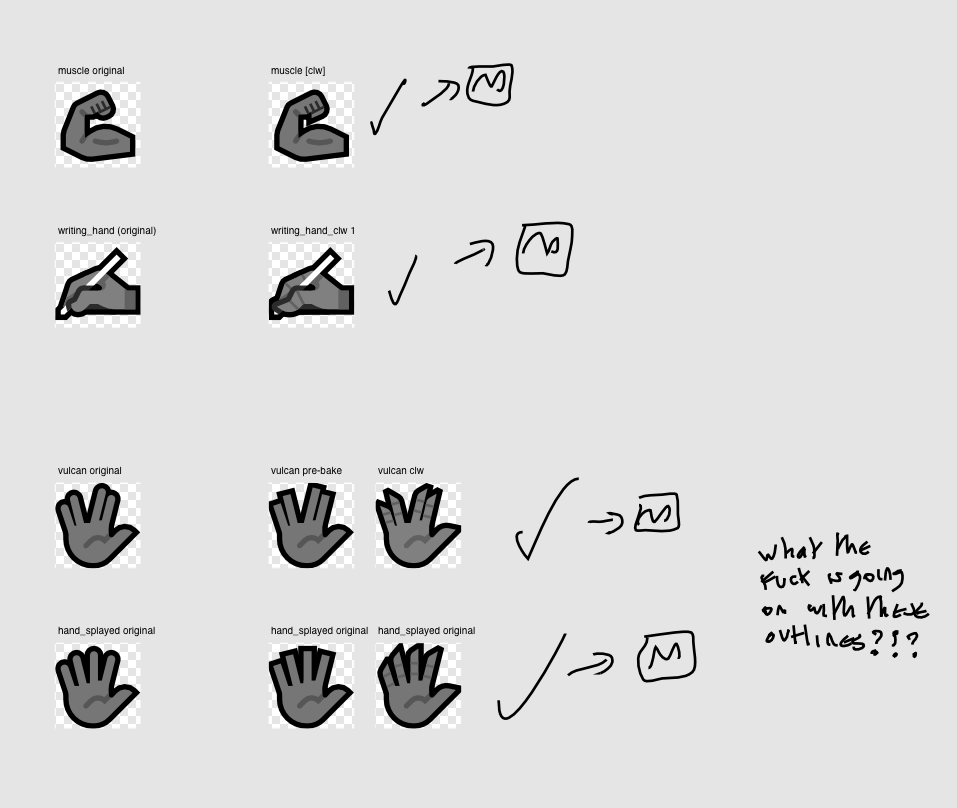 I figured it would be fitting to finish the claw hands at the same time I was introducing birds <3.

As I was working on the claw hands, I was freaked out by a strange rendering difference when it comes to cutoff square-edged corners in strokes from when I last made claw hand emoji to when I was making them now. (hence the ‘WTF!??!?’ comment)

It seems like something changed in Affinity Designer without me knowing, yet the previous files are just as they were before. I’m assuming it’s a bug and I just carried on and did some manual corner editing that nobody probably noticed.

I’ve been trying to improve the western_dragon design I’ve had for a while now and at the same time make an eastern noodle counterpart. I’m still not 100% about these, but I think they are significantly better.